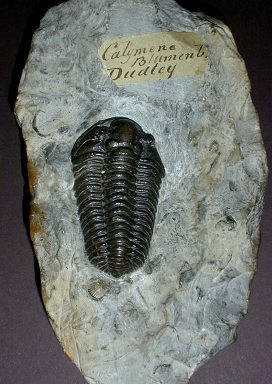 A trilobite from Wren’s Nest known as the “Dudley Bug“

When I read the autobiographies of famous people I am struck by the vivid language they use to describe childhood experiences which have stayed with them into their adult life.  Some recount intellectual arguments around a dinner table, meeting the clever friends of their family, others the fear and love that their mother inspired in them – Sir Lenny Henry’s recollection of the inspirational love of his mum was particularly vivid. This speaks to me because I lived in a neighbourhood where large, loving, ferocious Jamaican women could be found. I remember them particularly dressed to the nines on a Sunday, like peacocks on parade, with large hats and singing hymns with gusto in spontaneous harmony.

My inspirational love is a memory which links me to Sir Lenny. He came from a part of Dudley close to Wren’s Nest, which is an island of trees and dark holes on a small hill in the middle of “The Black Country”.  Wren’s Nest contained the remains of man-made limestone caverns where lime was dug in the 19th century to feed the hungry blast furnaces of the industrial revolution which made the landscape black, lending the colour to its name.  The caverns were blocked off, but their mouths contained outcrops of limestone rich in fossils.

While the peacock Jamaican ladies sang their hymns in churches too far away to hear, my dad took us up there fossil hunting. It was like finding treasure.  He didn’t know their names but together we learned.  There were wonderful, complete, trilobites. Sometimes they were rolled up like woodlice other times they were so well preserved you could see the facets of their eyes. There were crinoids and corals too with their waving branches and even ammonites.  But the trilobites were the best.

My dad, dyslexic like me was denied an education but he grew up to value it, but his inspirational love was of learning and he gave it to me. It wasn’t big. It didn’t make me famous. It turned me into a person who loved helping others learn. So, the chain of inspiration continues and it all began with a trilobite from Dudley.