For the Love of Dogs

Everyone who knows me well will say I am dog mad. I am, and I always have been and it all began with Buster. My first memory of Buster was dropping him when he was a puppy near the pantry door when we were both very young. The memory is merely a flash, so I must have been just walking – around one for me and months for him. To say we were close is an understatement.  He was a type of doodle before the term had been invented. I suspect Labrador/springer spaniel cum poodle.  Covered all over in black, large curls with a shorthaired face and a topknot which habitually looked like a bad hair day. He was smelly because he lived in the garden and was chained up. Seems barbaric to me now but this was the 1960’s and animals were treated differently then.  But smells never interfered with our love. I used to get into his kennel and we would sit together exchanging doggy kisses. He was my first love and a template for the love of dogs my life ever since  and the problem with getting older is there have been many.

A person who has never given their heart to a dog will never understand the pain that those of us who have given all for the love of dogs.  The dreadful day when the claws no longer clatter over the kitchen floor, the food bowl is empty and the collar is consigned to a drawer of memories alongside a child’s first pair of shoes, boxes containing milk teeth or a first haircut and my 90 year old friend’s flat hat given to me after he died.  I have faced that day so many times now and I know I will face it again gladly, for the love of dogs. So, for Buster, Sam, Evie, Floss, Patch and Cleo I hope there is an Elysian Field where I will meet you one day. In the meantime, I will invest every day with a little love for Alfie and Sheba (I never get to choose the names because I get rescue dogs) and walk, and live and love. 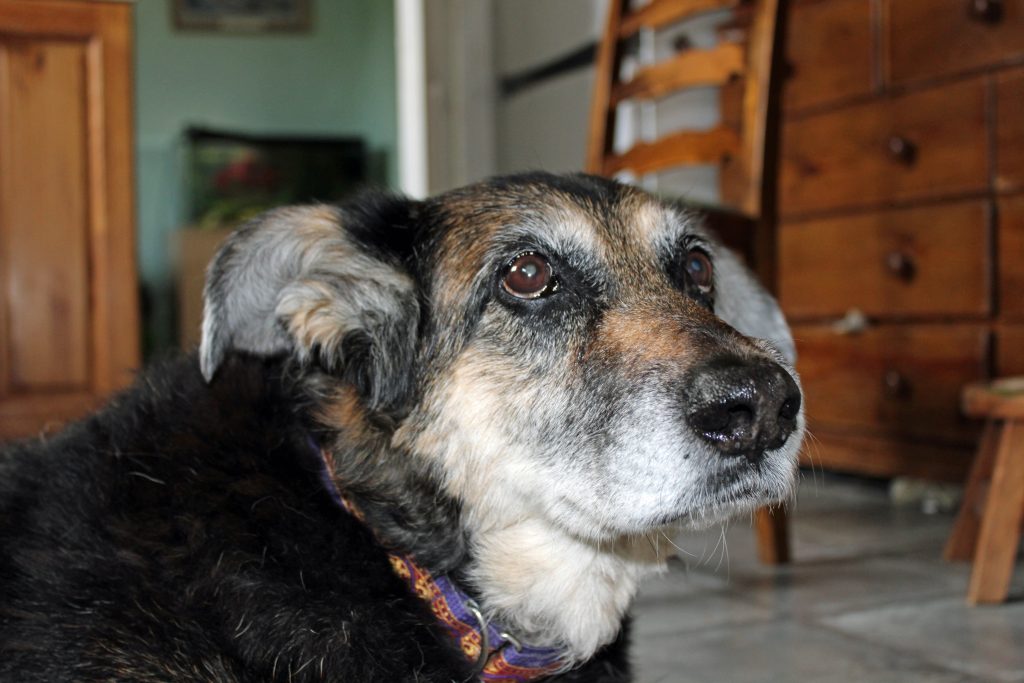