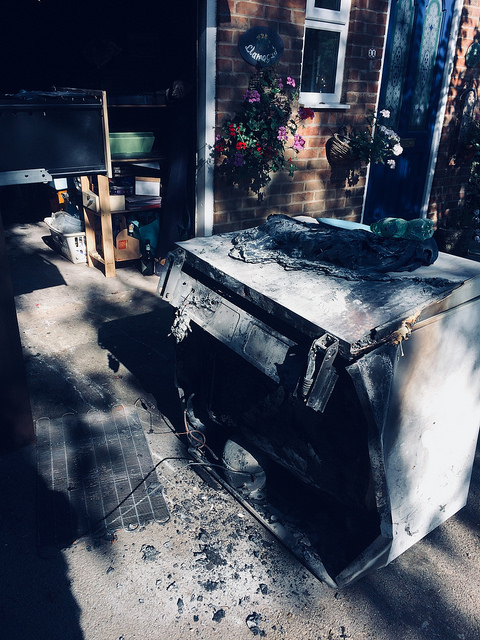 Last night I was woken from my sleep by my son Tom yelling at me that the house was on fire. The memory, still like a “flashbulb” moment was terrifying. We rushed downstairs in our nightclothes and after shutting the door to the integrated garage (the seat of the fire),  I picked up the phone to call the fire brigade and panic set in. All the electrics flashed off and the phone stopped working as I dialled ‘999’. I gathered the dogs up and Tom, ran to his bedroom to get his mobile. It was he who made the call, whilst I drove the car away from the garage to allow access. I worried when Mike, my husband didn’t appear at the front door straight way but soon he did and as I breathed relief I went into shock and could no longer speak or control myself. I wandered up and down the street in my bare feet and when people spoke to me I just stared.

We live in the countryside, miles away from the crewed stations in Hull and larger settlements. Our crews in Patrington and Withernsea are all retained who practice every Monday but otherwise are shop keepers, builders, mechanics and farmers. They get paid a few pounds only for their service and are more often used to getting people out of crashed cars than dealing with a blazing garage at 1:30 am. They came. It took longer than I thought, but after a careful assessment which seemed to take forever, they went in through the house and extinguished the blaze which just like Grenfell Tower had begun in a freezer unit.

We were lucky on so many counts. Firstly that despite a squeeze on spending,  Humberside Fire and Rescue service still see our “expensive” volunteer crews as an essential part of the service. Secondly, that there are men in our area who have a public service ethos for their community and are prepared to put their lives on the line for others. But also we are lucky that the man who built our garage and extension 11 years ago did a proper job and put in a durable fire barrier in the roof of our garage and made sure the door between it and the rest of our home was fire proof. Lastly, Mike, my husband had fitted an extra smoke detector in the garage where none was required by regulation for it was this going off that had woken Tom and saved us, our animals and our home from more damage.

The garage was my workshop, my hobby, and everything above head height was melted apart from the Koala bear toy which sat above my workbench which was just singed. Everything else is covered with a thick layer of oily charcoal. The electric cables which once crisscrossed the garage now hang like demented garlands and there are more blackened cobwebs than I thought possible. Most things though, appear to have survived. God only knows how long it will be before I can make anything again, we will also be in for a major round of decorating in the utility room and kitchen, but we are safe.  Miraculously, even the photos of the children and press cuttings of their childhood achievements which were in the filing cabinet next to the freezer survived with just singed edges.

I now know the terror of opening a door and seeing and hearing blazing orange flames. My lungs have felt the suffocating black smoke, if only for a second and I have reacted in terror as all the lights went out and the smoke alarms yelled out their demented duet of screeching high-pitched notes. I have an image in my mind of what those poor people in Grenfell Tower suffered, tinged with a degree of empathy I never wanted to have. 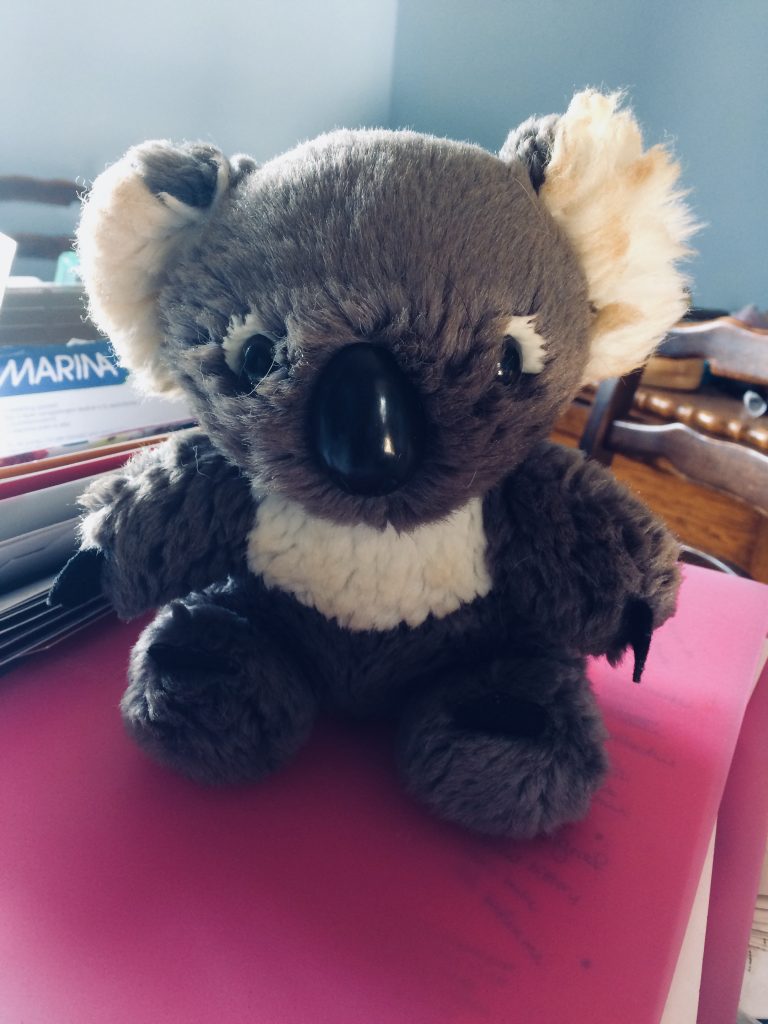 Don’t anyone then ever mention to me that health and safety legislation is “red tape” or that “such and such is health and safety gone mad” try telling that to the memory of those who died in Grenfell or those who die every year where building regulations have been disregarded. We are all alive including our menagerie of animals, my workshop is battered, my Koala singed and my  glasses melted, but if anyone ever tries to tell me that we can’t afford locally retained fire crews, I might just have to hit them on the nose.

The much washed and singed bear which I will now treasure.