Home/Uncategorised/I’m Lovin’ Angels Instead
Previous Next 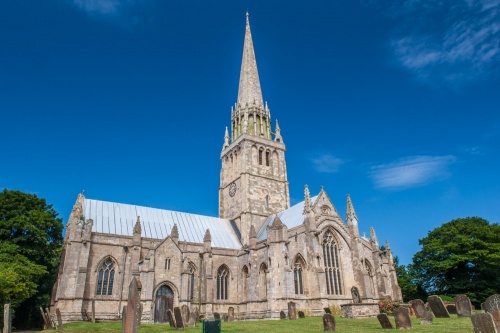 Most people who know me are aware that I am a person of faith, but one who struggles with the concept of Heaven. As a biologist and a committed Darwinist, I have read up and tried to get a better understanding of what this means for me.  Michael Ruse book on this topic was very helpful. All very intellectual and “on the fence” but the truth is, I believe in angels. Not your ethereal beings with fluffy wings, halos and a direct hotline to the Almighty, but encounters which may be Godsent, sometimes divine and at other times human.

A few weeks ago, I was feeling sorry for myself. I had been severely bullied and demeaned by a relative and was distraught at their harassment of me. I felt so low that the world seemed a very dark place. I went about my job because I had to, without joy, and feeling as if I had nothing to offer. In one of my jobs, I work with students with Asperger’s and started a conversation with one.  David, (not his real name) runs a body which supports small clubs and told me that there was severe bullying happening in one committee and he was determined to sort it out. He told me of how he had been bullied at school for being different, but the experience had made him have a clear view and zero tolerance. I knew instantly that the person who had bullied me was at fault and I was OK. I knew what I had to do and felt a sense of glowing calm. On that day, David was my earthly angel.

But there have been encounters of a more ethereal kind to. The lost child with the back-ward inside-out sweater who somehow gave my husband the courage to tell me for the first time of his depression. The soaking wet drunk man with a message, we picked up out of a ditch in freezing cold December, bought home, bathed, fed, gave a bed for the night and who disappeared as I dropped him off. If this was an ethereal encounter, though, God has a sense of humour since he was the doppelganger of Sir Cliff Richard and was called John Book – the name of a Gospel and the righteous character Harrison Ford played in Witness.

And it isn’t just me either. Years ago, a priest told me about how he was undergoing a crisis of faith and was praying in his church when a young, long-haired man in a heavy WW2 trench coat walked in. The stranger knelt down and prayed with the Revd. Frank. They talked a little and when Frank went to make a cup of tea for the stranger and returned, he was gone but the heavy church door had made no sound as it opened and shut. And whilst questions still lay ahead for Frank, that day was a turning point for him which gave him courage to face another day, another challenge.

Now we come to last week. I often go to St Patrick’s when I need to pray, and my prayers are often answered in spectacular but never expected way. When I needed solace last week there was a young man in there and I was at first upset because it interrupted my peace. Eventually, we prayed and talked, and I have since found out that he is homeless and living in the area. I held his hands as I was about to leave, and they were so cold I came home, made a hot chocolate and returned to the church with it for him. As I entered, I saw that he was surrounded by three young people – two boys and a girl. Now I know most young people in our village by sight and I didn’t recognise any of them. This was the middle of the afternoon, when people of that age tend to be in education or work. I spoke to one called Ben, but his friends called him away.  As he left, I invited him to visit me if he needed help. They left on foot and I followed minutes later in my car, but they had vanished. I don’t know whether Ben will visit, but part of me hopes that he won’t since I would rather he was an angel.